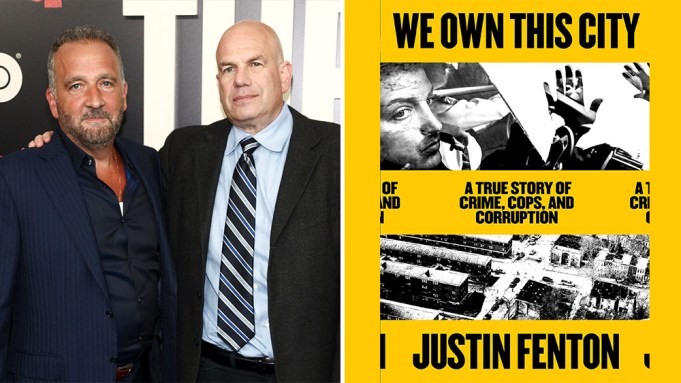 We hear that the latest HBO project from The Wire’s EP David Simon and producer George Pelecanos is finally coming together with the premium network recently quietly greenlighting the project and casting already underway. The duo are working on a limited series based on the Random House book We Own This City: A True Story of Crime, Cops and Corruption by investigative journalist Justin Fenton.

Simon and Pelecanos are writing and executive producing We Own the City. HBO’s former President of Miniseries Kary Antholis also executive produces through his Crime Story Media.

Pelecanos told us back in October 2019 during The Deuce series finale, that their “next project is set in Baltimore, a miniseries for HBO. We rounded up the old (writing) crew from The Wire” and that the new show wasn’t a spinoff of that two-time Emmy-nominated series.

We Own the City is set in Baltimore 2015. Riots are erupting across the city as citizens demand justice for Freddie Gray, a 25-year-old Black man who has died under suspicious circumstances while in police custody. Drug and violent crime are surging, and the city is reaching its highest murder count in more than two decades: 342 homicides in a single year, in a city of just 600,000 people. Facing pressure from the mayor’s office—as well as a federal investigation of the department over Gray’s death—Baltimore police commanders turn to a rank-and-file hero, Sergeant Wayne Jenkins, and his elite plainclothes unit, the Gun Trace Task Force, to help get guns and drugs off the street.

However, behind these new efforts, a criminal conspiracy of unprecedented scale was unfolding within the police department. Entrusted with fixing the city’s drug and gun crisis, Jenkins chose to exploit it instead. With other members of the empowered Gun Trace Task Force, Jenkins stole from Baltimore’s citizens—skimming from drug busts, pocketing thousands in cash found in private homes, and planting fake evidence to throw Internal Affairs off their scent. Their brazen crime spree would go unchecked for years. The result was countless wrongful convictions, the death of an innocent civilian, and the mysterious death of one cop who was shot in the head, killed just a day before he was scheduled to testify against the unit.